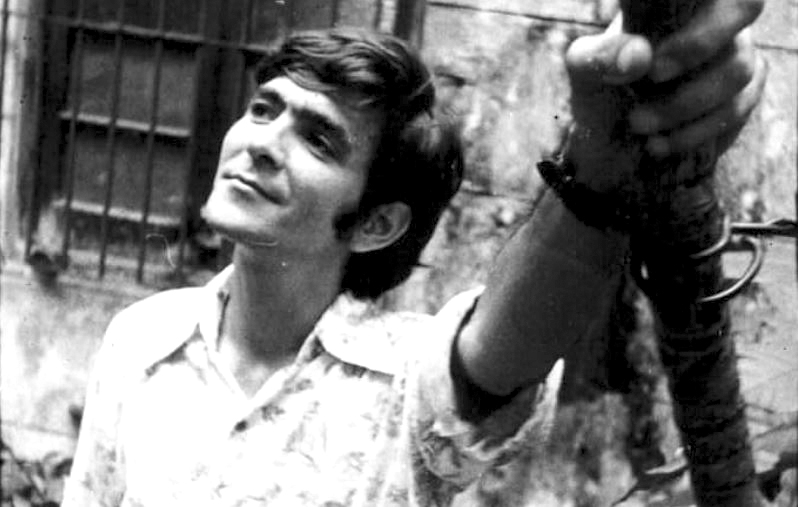 I look at her. She gives me a long, hard look. There’s no pity in her dry eyes. We get out of the car. The house said “Boarding Home.” It’s one of those halfway houses that pick up the dregs of society. Beings with empty eyes, dry cheeks, toothless mouths, filthy bodies. I think such places exist only here, in the United States. They’re also known simply as homes. They’re not government-run. They’re private houses that anyone can open as long as he gets a license from the state and completes a paramedic course.

“. . . a business just like any other,” my aunt explains to me. “A business like a funeral home, an optician’s, a clothing store. You’ll pay three hundred dollars here.”

We opened the door. There they all were: René and Pepe, the two mentally retarded men; Hilda, the decrepit old hag who constantly wets herself; Pino, a gray, silent man who just glares at the horizon with a hard expression; Reyes, an old one-eyed man whose glass eye constantly oozes yellow liquid; Ida, the grande dame come to ruin; Louie, a strong American with greenishyellow skin who constantly howls like a mad wolf; Pedro, an old Indian, perhaps Peruvian, silent witness to the world’s evils; Tato, the homosexual; Napoleon, the midget; and Castaño, a ninety-year-old geezer who can only shout “I want to die! I want to die! I want to die!”